In Tasmania about 50km South of Launceston lies the important town of Conara. Conara was initially a overnight rest stop on the now midland hwy for coaches between Hobart and Launceston. The railway was developed and passenger services ran daily, until the entire passenger train network in Tasmania was shut down in 1978. Conara is the junction of the Fingal (coal) and Hobart-Launceston railway lines. It is now used as a rail siding. 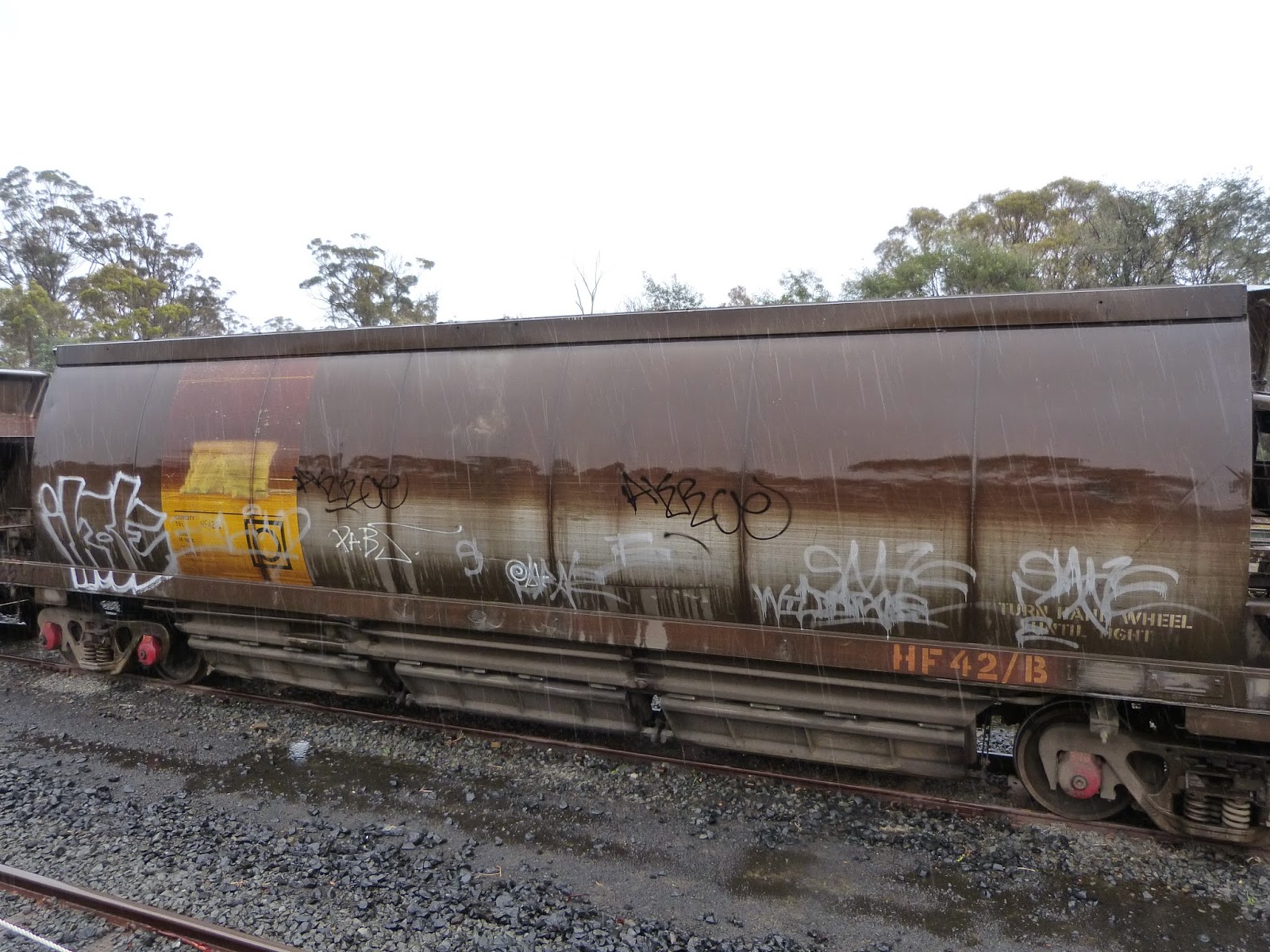 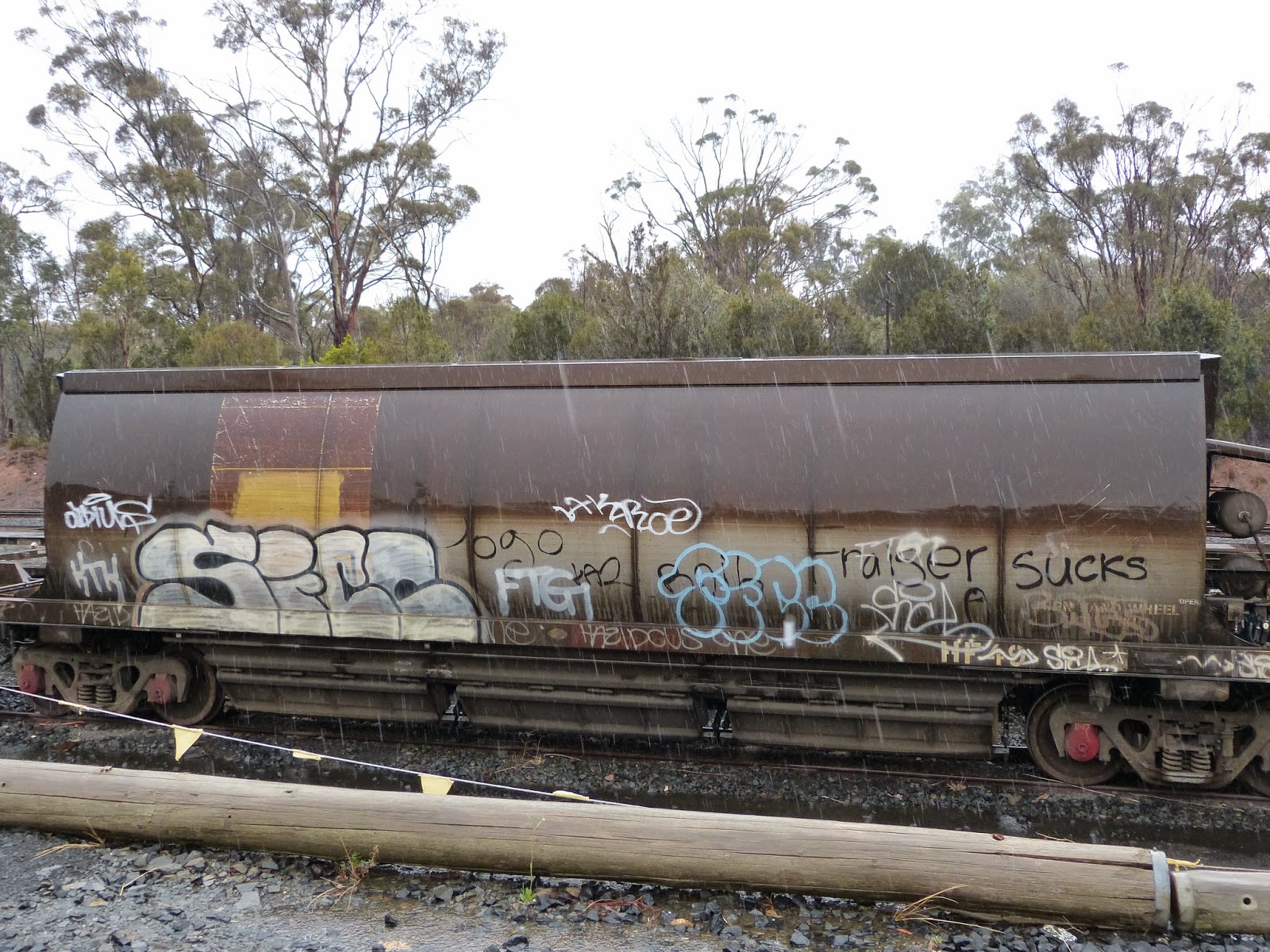 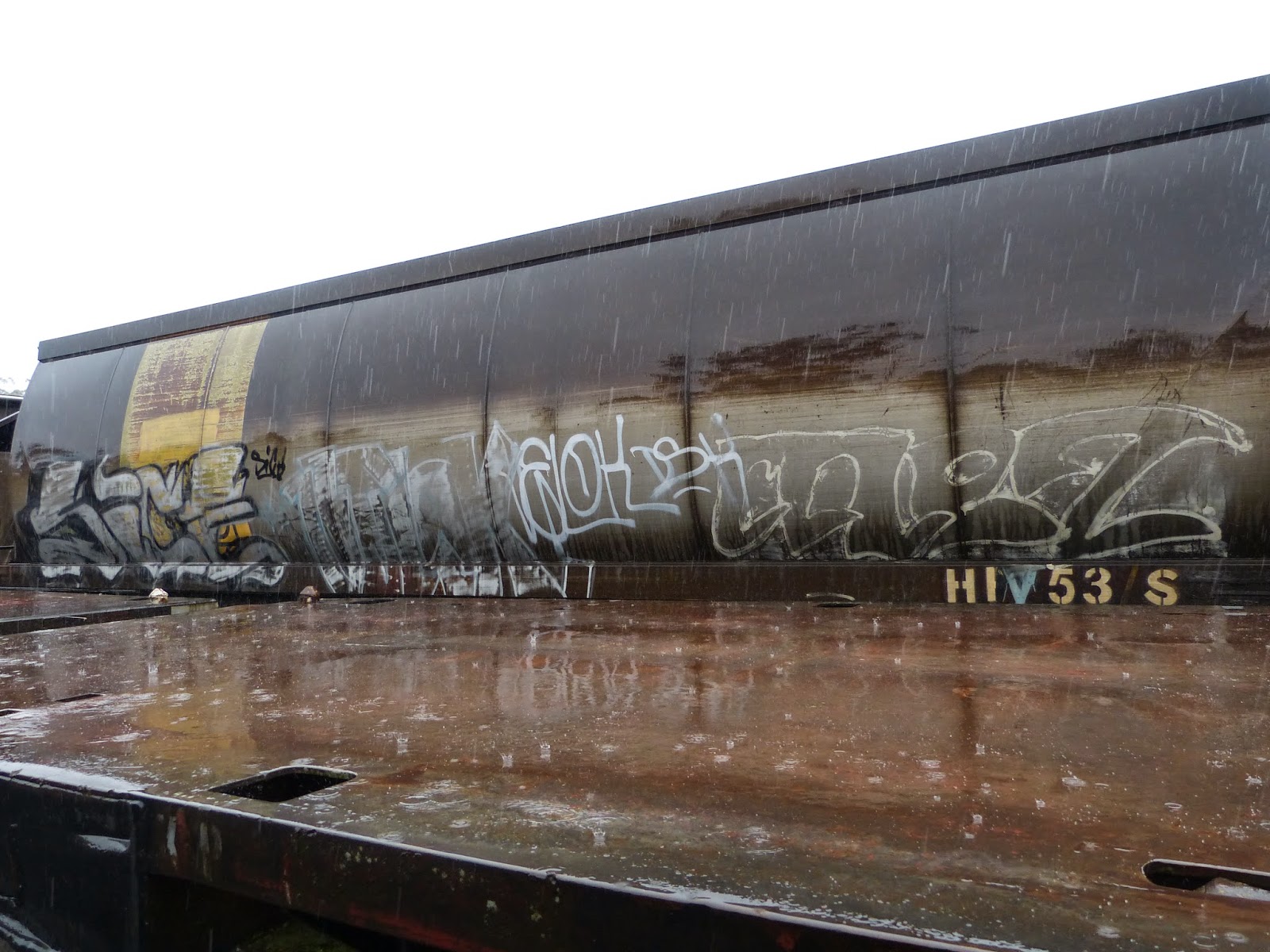 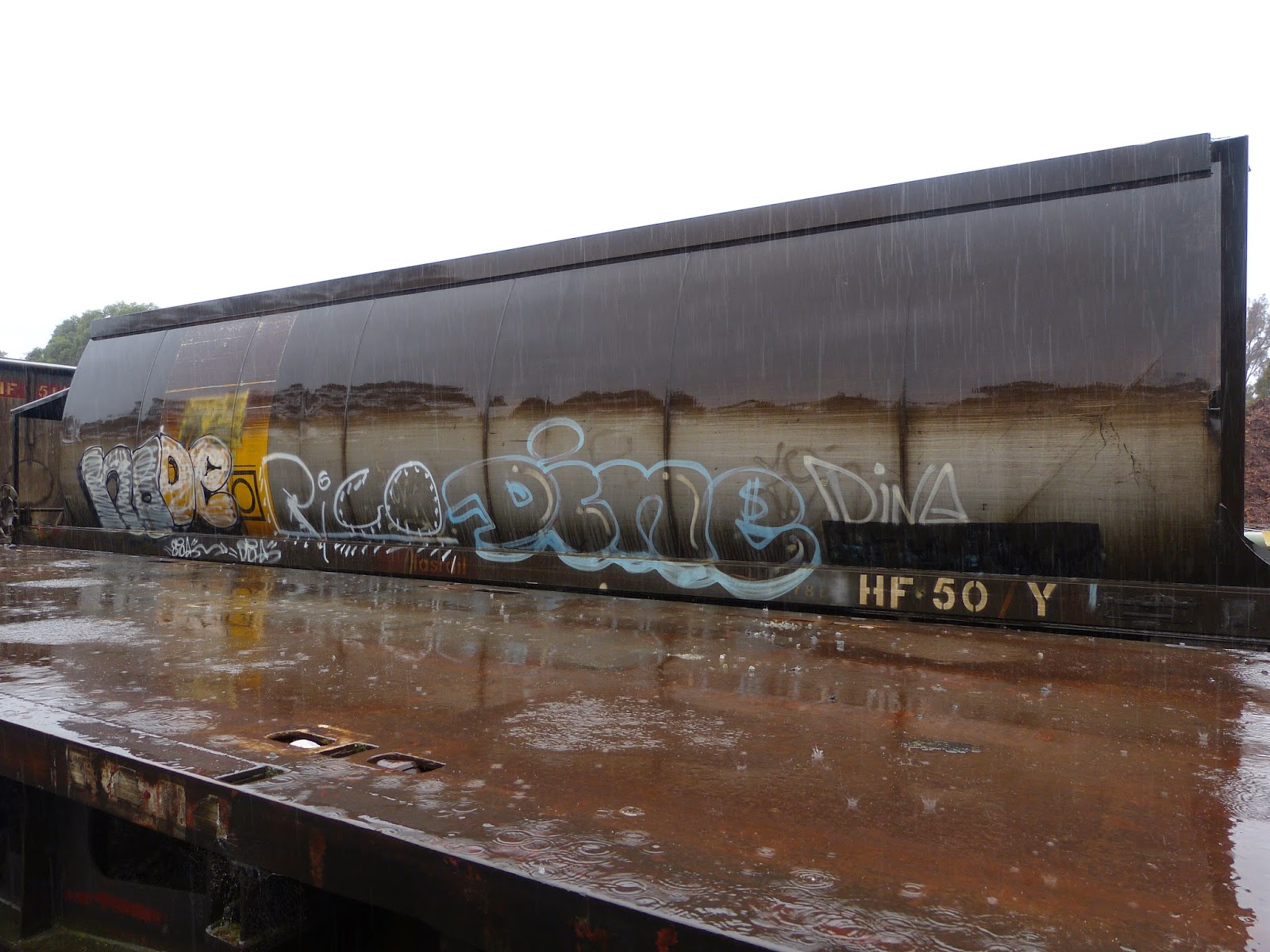 Posted by Australia Graffiti at 11:44