Australia is the worlds largest exporter of iron ore. China is the largest importer using the material to make products like steel for growing cities. China has been stockpiling Iron Ore and developing urban areas. They have reduced the amount of Iron Ore they need and the price per a tonne has more than halved. The estimated value of iron ore exports for 2015 year is a whopping 90 million dollars.

This absolute classic piece of graffiti displays our dig it up mentality. Nothings sacred when it comes to generating wealth. Even if mining uluru seems extreme, aboriginal sacred sites are continually threatened by mining in areas like the Pilbara. The Labor party introduced a mining tax so the wealth generated from mining could be spread more evenly amongst its citizens. In 2010 in Perth  mining fuckwit Gina Rineheart addressed  the rich minority the 1,200 crowd, standing on the back of a truck demonstrating her poor level of intellectual intelligence by shouting "AXE THE TAX". The Abbott government terminated the mining tax because it was bad for business. The mining industry is protected species in Australia endorsed by the Liberal Party 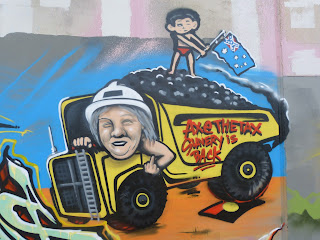 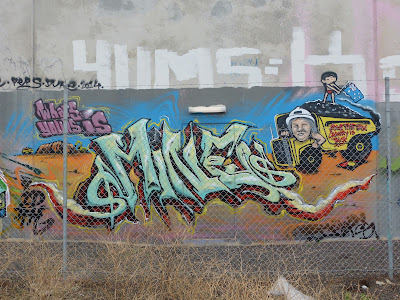 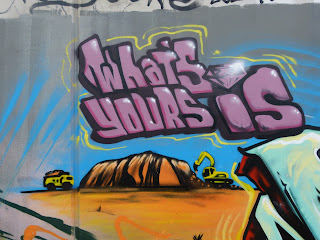 Posted by Australia Graffiti at 19:21