Been meaning to get this joint for ages.... You can see it from the train line slowly ageing from casual vandalism. I thought the property was sold a while ago and yet it still remains. I don't think the owners are interested in keeping it. The house will probably be demolished and new units built. watch this space! Its a sign of the times for Ringwood which is becoming increasingly urbanized. A huge multi-story Costco opened in 2013 and the train station is undergoing a major transformation as we speak. 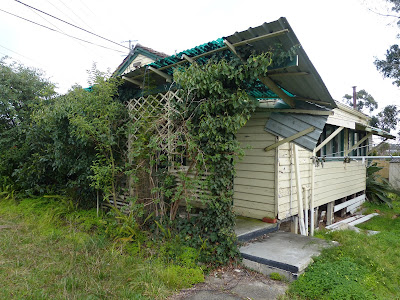 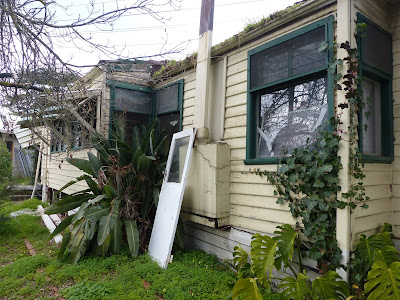 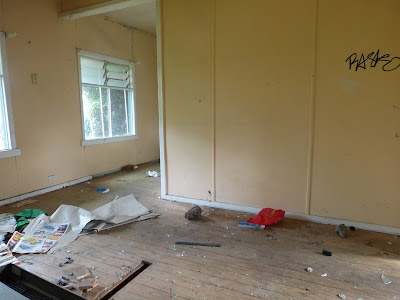 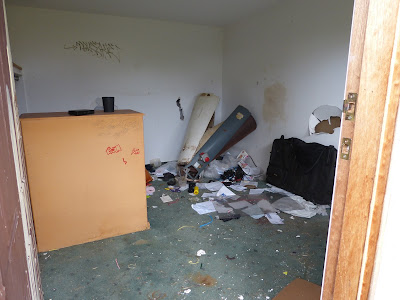 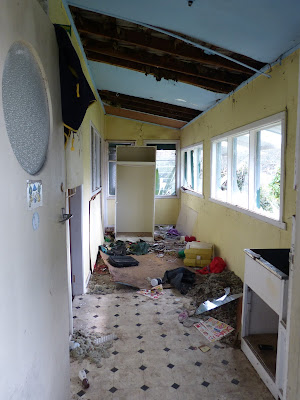 Built in veranda or just a sunroom 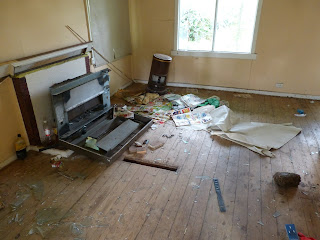 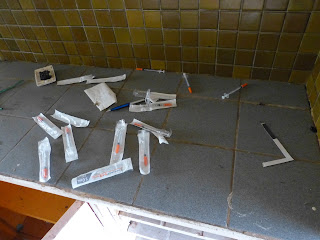 At least the junkies left the needles in pile 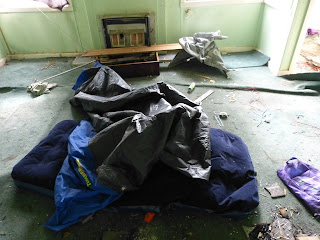 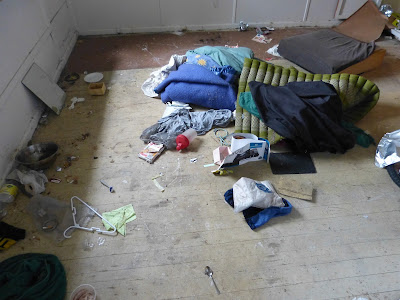 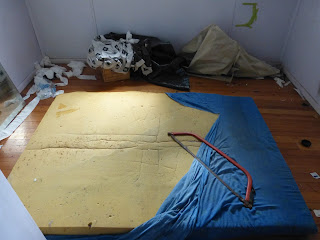 someone wanted to cut the bed in two? 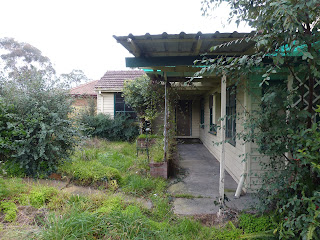 outstanding view of the porch

Posted by Australia Graffiti at 20:42