In Australia we don't really have class system like Britain or India. That's not to say a social hierarchy doesn't exist. Its just more unfamiliar than most in countries. Australia is a developed country by international standards. I think as a society we tend to ignore the lower class or what I'd prefer to call the underclass. Those people that were not necessarily given the opportunity whether it be a caring family, a stable upbringing or have lost everything for whatever reason. We are no position to judge because who's to say it couldn't happen to you or someone you know and care about. All it can take is a trigger something minor change that has major repercussion. Mousey was fatally stabbed and killed in 2014, RIP. 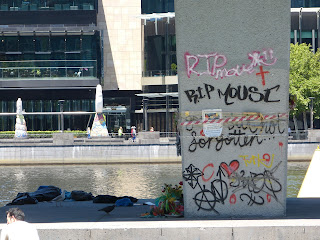 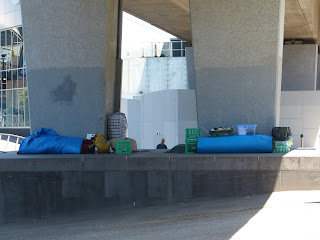 http://www.theage.com.au/victoria/homeless-man-mousey-fatally-stabbed-in-melbourne-city-park-20140105-30bzi.html
Posted by Australia Graffiti at 22:15