Criterion St North end
Hobart, Tasmania rocking some new artwork. The Hobart city council are currently trailblazing an uneducated, anti graffiti crusade at the moment. The main public graffiti wall (not this one) in the CBD was buffed and painted grey blue colour, eliminating several years of high quality graffiti. This particular wall also has a history of graffiti dating back to at least 2010. Hobart city council states the arts role is to "deter illegal graffiti through creative activation."
http://www.hobartcity.com.au/Community/Arts_and_Culture/Public_Art/Urban_Art_Walls 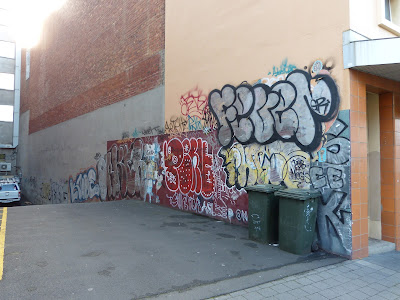 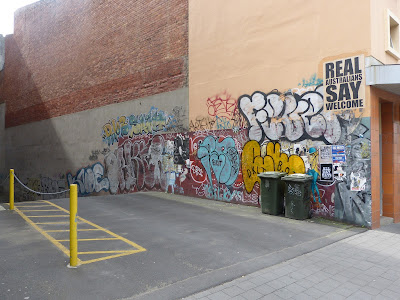 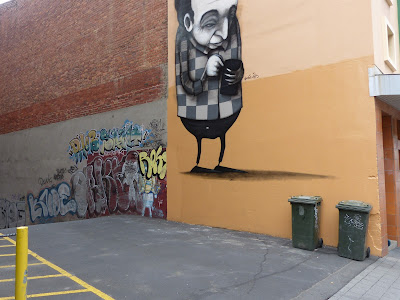 I like the street art by Stormie Mills, I think it encapsulates city-living, stressed, overworked  and bleak. However I believe this artwork is in the wrong location inconsistent with the surrounding graffiti.
http://www.stormiemills.com/about/

Posted by Australia Graffiti at 21:32