Graffiti as a general rule of thumb becomes “more improved and diverse closer to the city.” So often in the outer suburbs you have high ratio of tags to pieces. But Belgrave’s different it’s an exception. It’s also one of the few well established outer-suburbs on the end of the line. So unlike new end of line stations South Morang, Craigeburn or even Pakenham; Belgrave’s graffiti scene stretches back several decades. Modern day graffiti (aerosol art) began in Melbourne around 1983 with the popularization of graffiti exported through American productions most notably “Style Wars.” Belgrave wasn’t far behind with the establishment of local crew PBP in 1989.

Belgrave has transformed through a recent and distinctive bohemian change. In 2013 Belgrave Regional Action Group whitewashed blacksmiths way (lane behind shops). Painting over all the graffiti eliminating the history on the walls. This was an immature response based on a misguided understanding of the subculture. The wall directly above the train station walkway was specifically targeted due to its high profile nature (as seen Sam Dunn Blog post 21st September 2008 http://crdunn.blogspot.com.au/2008_09_01_archive.html). Afterwards the wall was commissioned by a local artist. The work (if it could be called that) looked like the artist ingested a palette of colours and regurgitated them onto the wall. The completed work was exceptionally distasteful. Where you have poor quality commissioned art, graffiti will follow. 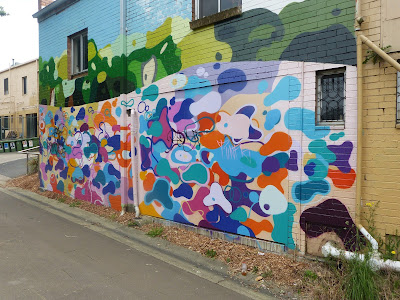 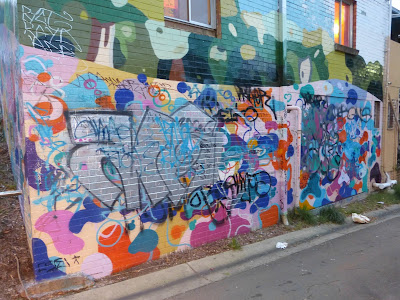 This series of photos shows the evolution of a graffiti wall originally from tags, to buffed wall, to commissioned work, to tags, which developed into throw-ups and then a commission by respected graffiti artist Dvate repping SDM crew. 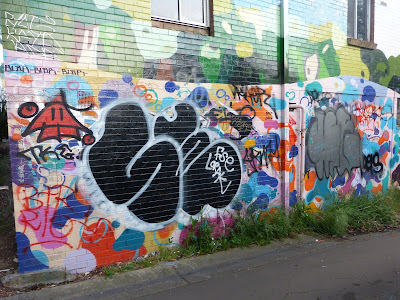 Its unfortunate the commission work came at this time. The walls was developing steadily. However no one in their right mind would argue the platypus was worse than the previous commission. It is an exceptionally accurate piece of art, and very relevant to the local community. The End of the Line festival has been instrumental in dragging Belgrave's urban art scene into the 21st century. Many high profile graffiti artists have diverged to this little town to paint the walls. 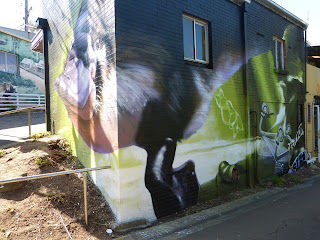 Posted by Australia Graffiti at 20:53