Abandoned former business in Truganina, West of Melbourne. There is a higher portion of abandoned buildings in the west, often associated with developers waiting for re-zoning or permits for sub-division. This awkward little pocket of derelict land used to be Plains Grassland. Since European settlement only 1% of Victoria's remnant grassland remains. After its closure indigenous plant Austrostipa bigeniculata (Tall spear-grass) has flourished and is recolonizing land. Typical Western Melbourne graffiti writers on display Prix and Logik from AFP and the infamous Lush Cat. 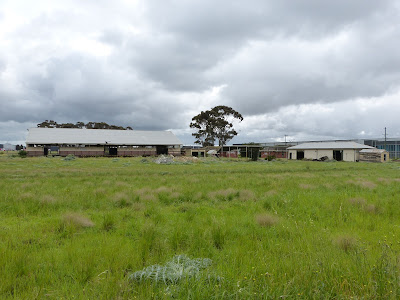 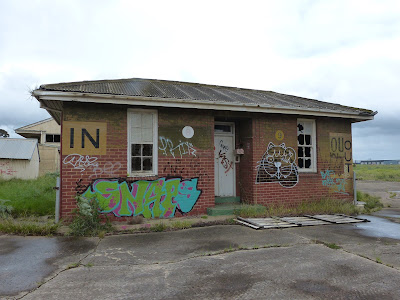 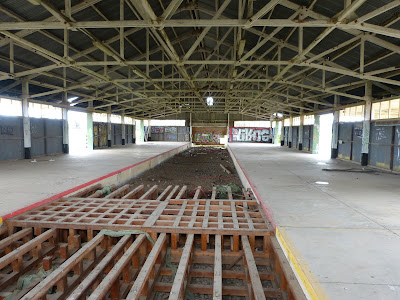 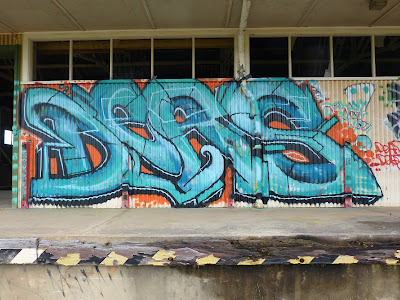 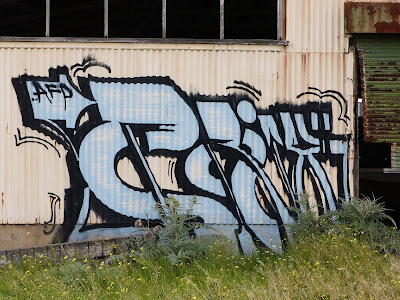 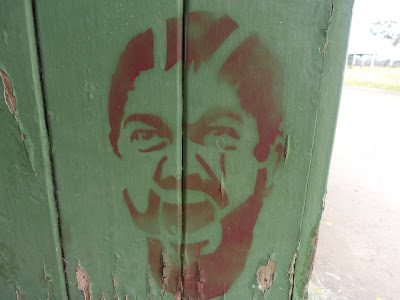 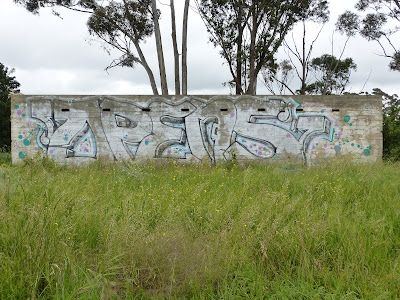 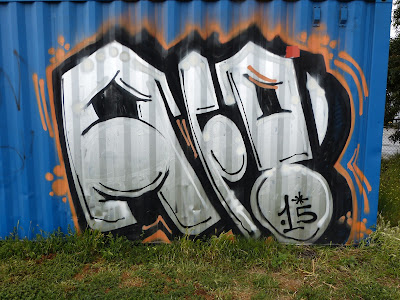 Posted by Australia Graffiti at 19:34