Underneath Tasmania's capital city is the sandstone built Hobart Rivulet. Back in the day the Rivulet was an important source of freshwater for the aboriginal Mouheneener people and later on the early settlers. Without a reticulated sewerage system the rivulet was used as a dumping ground. In the early days of settlement the 1824 Hobart Gazzette described it as having "disgusting pollutions." From pollution to artistic talent, the rivulet is now visited by urban explorers and graffiti writers. It contains the longest continual graffiti wall in Tasmania making it a centrally important to the graffiti sub-culture.

Pieces occupy flat concrete walls, consistently throughout the underground section the rivulet. Much of the work has been done recently with no noticeable evidence of historic graffiti. Access and egress can be tricky with only one main entry point.
Source-http://www.abc.net.au/news/2016-08-01/going-underground-in-the-hobart-rivulet/7676134 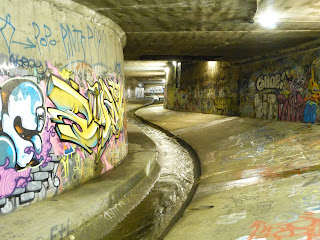 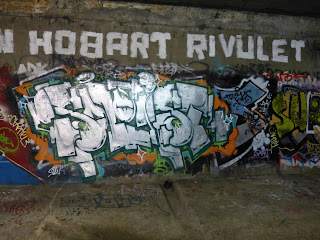 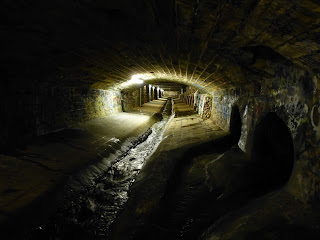 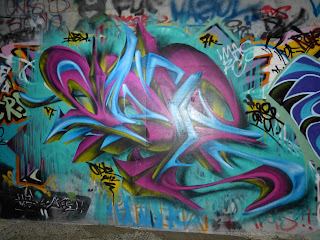 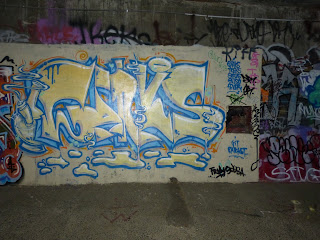 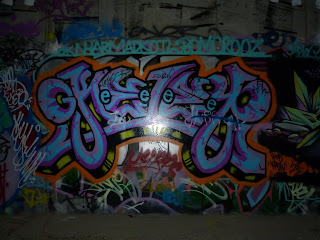 Posted by Australia Graffiti at 10:53