The standard here is high and strangely enough doesn't receive the tagging onslaught that most legal walls endure (or as I prefer  the term socially accepted graffiti wall). Hosier Lane in Melbourne and Morphett Bridge Legal walls are prime examples of walls bombed with tags. 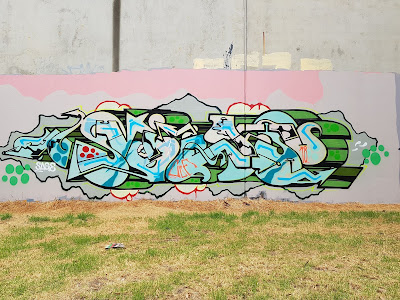 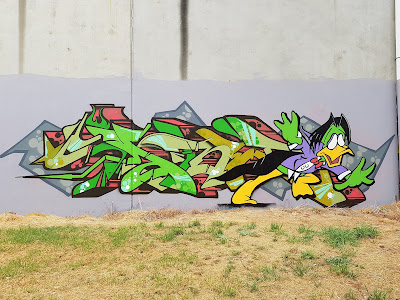 With a bit of research this looks like Melbourne artist Sabeth.
He has a 1992-3 panel piece featured in Kings Way Book. Sabeth's Blog 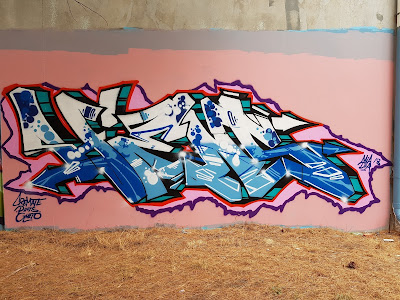 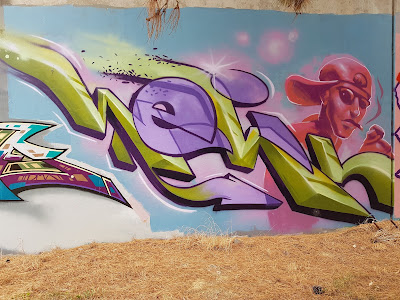 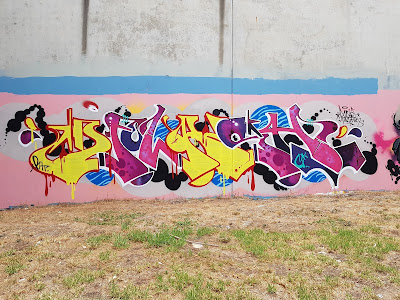 Liquorice all-sorts piece
This appears to be the fine work of Flash from CI crew. 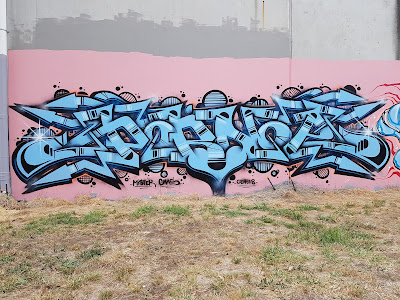 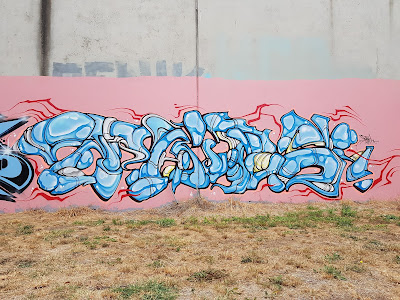 Phibs from Sydney
His commissioned artwork is frequently seen in the inner Northern suburbs of Melbourne and the inner Western suburbs of Sydney. For me he's one of the few Australian artists who successfully produces street art and graffiti, without criticism from the graffiti community.
Phibs Facebook 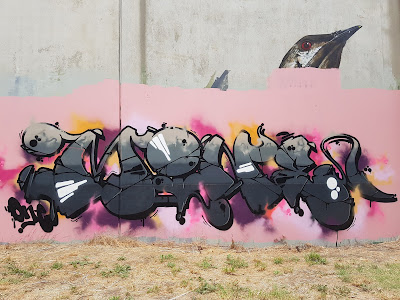 Often people get too caught up in the name and reputation associated with the name. In saying this artists that have built themselves a name (or for some even a brand) in the underground scene deserve recognition. Some people need to appreciate the work for what it is, not who it is. Nice work Mone!

Posted by Australia Graffiti at 12:48