Welcome to Newtown, Sydney. A culturally diverse inner-western suburb of Sydney. This is Sydney's equivalent of Melbourne's trendy Brunswick, Collingwood, Fitzroy region or vice versa. Its an interesting place and worth a visit. This like many other inner-city suburbs focuses more on street art rather than graffiti. The stickers have become important element in softening this urban landscape. 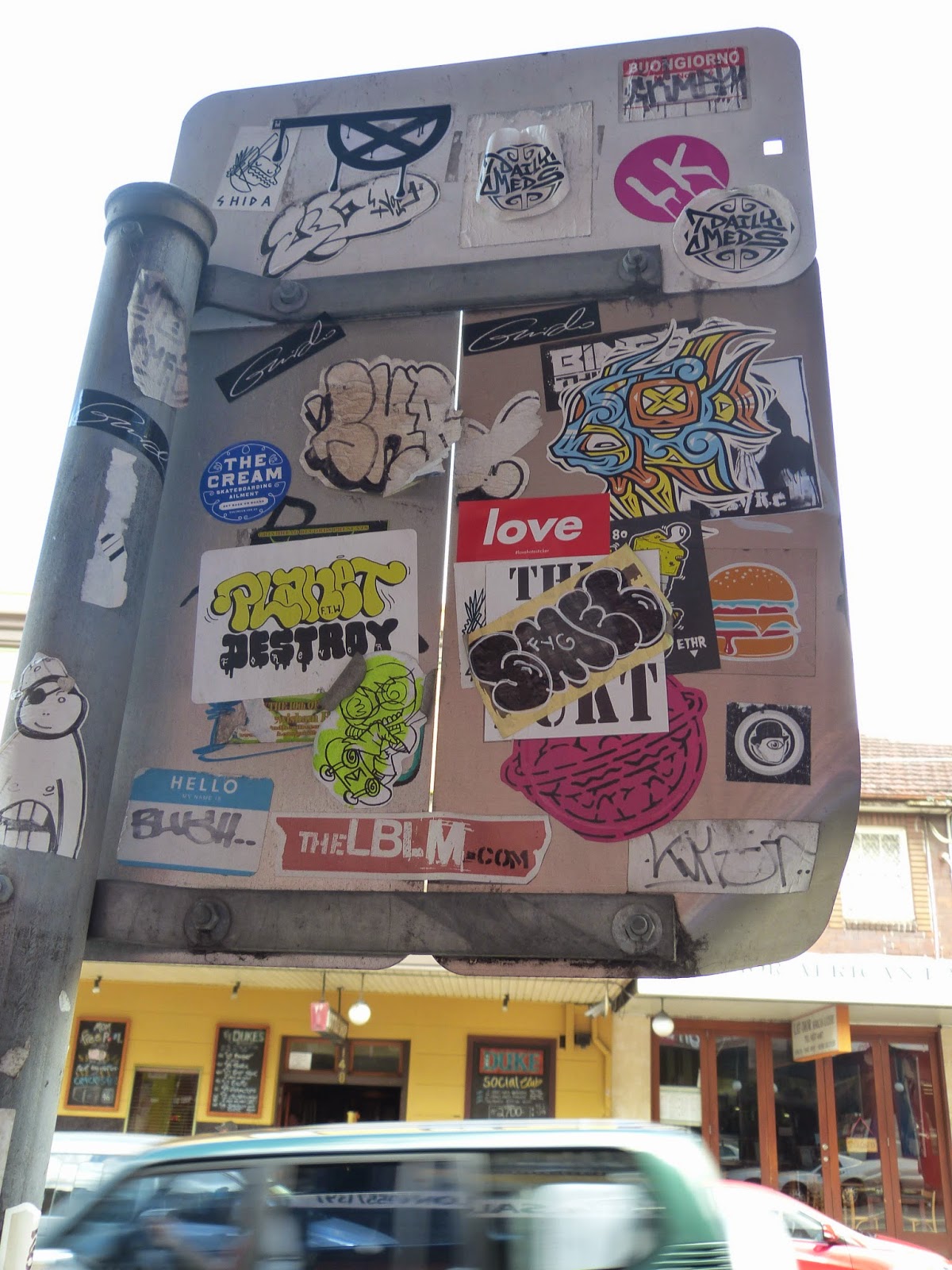 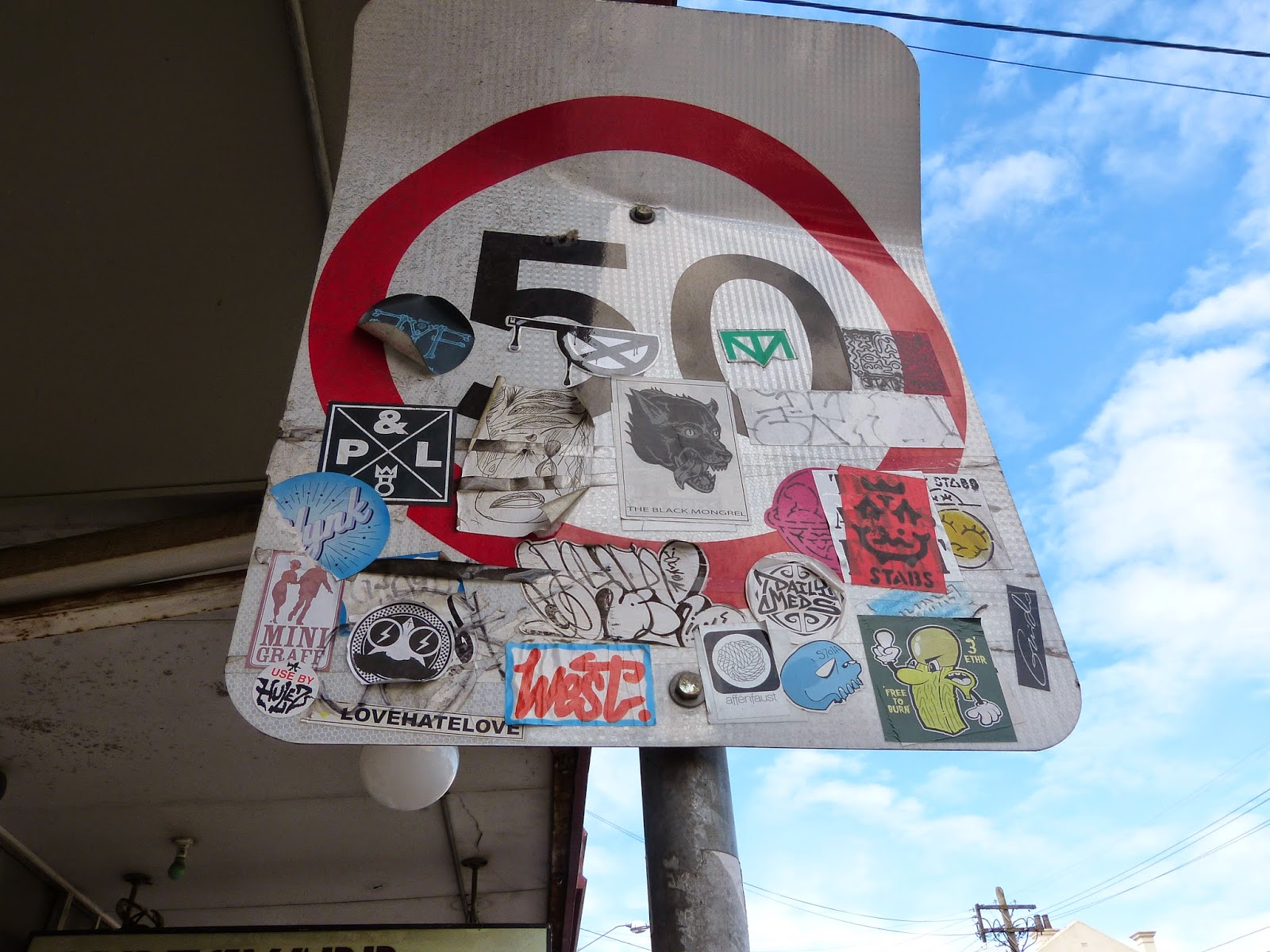 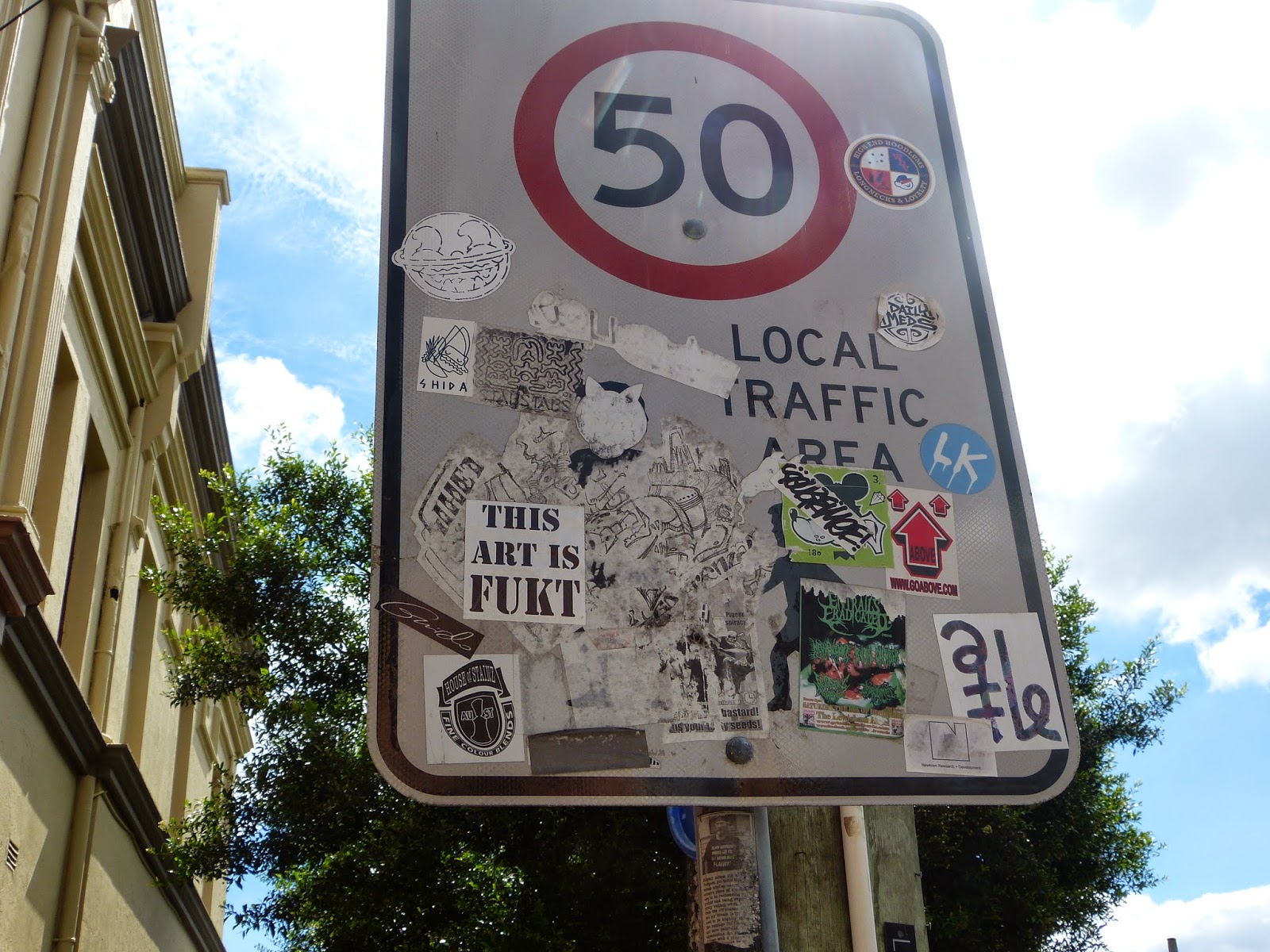 Each sign is plastered with stickers. It appears the local council has supported it and even approved unusually small speed limit text on such a large sign. From these signs we can see a number of influential artists.
Link to Newtown Mini Doco on Graffiti and Street Art https://www.youtube.com/watch?v=H1a-20hCUhg
Posted by Australia Graffiti at 14:48