Back in 2009 internationally acclaimed artist Revok came from Los Angeles to Australia to paint in a legal graffiti competition. Following the cancellation of the event he said he'd "paint as much as I can" while in Melbourne for the next two weeks. The police tracked Revok's artistic movements using social media and arrested him at Melbourne Airport. He was sentenced to 9 months jail wholly suspended for 2 years and ordered to pay $15,000 in damages. When he was asked if he was sorry for what he'd done he sarcastically said "I feel very remorseful." Revok on Ten news https://www.youtube.com/watch?v=ScW1q4Zd6ns 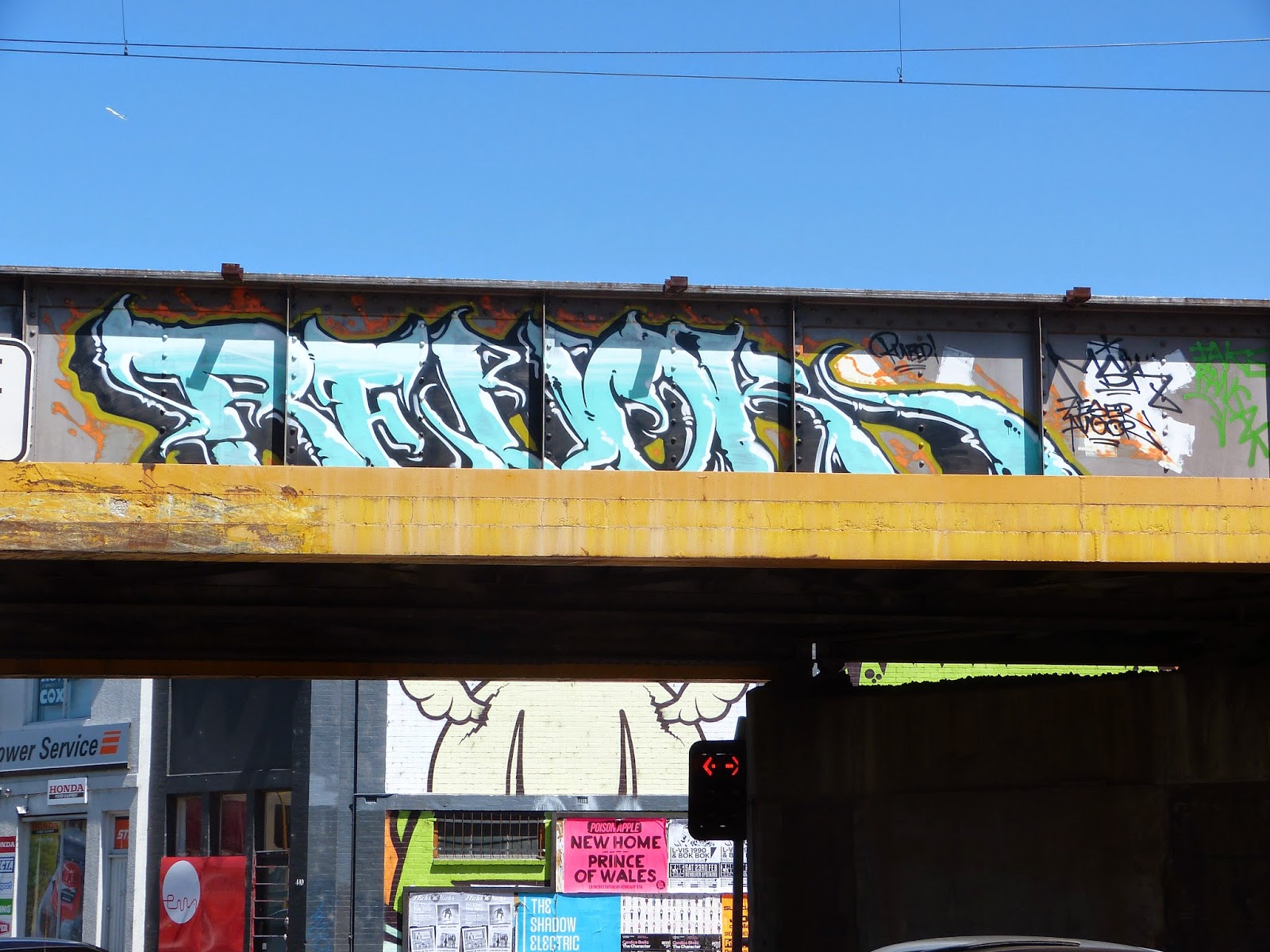 Posted by Australia Graffiti at 20:12