Graffiti in the Grasslands

Western Melbourne is distinctively different to the East. Prior to European settlement it would have been a spectacular, vast, native grassland with an array of wildflowers during spring. Grasslands since settlement have rapidly deteriorated largely due to agriculture and more recently housing development. Less than 1% of the original grasslands in Victoria remain. The remaining 1% left is critically important as a representation of this natural landscape. 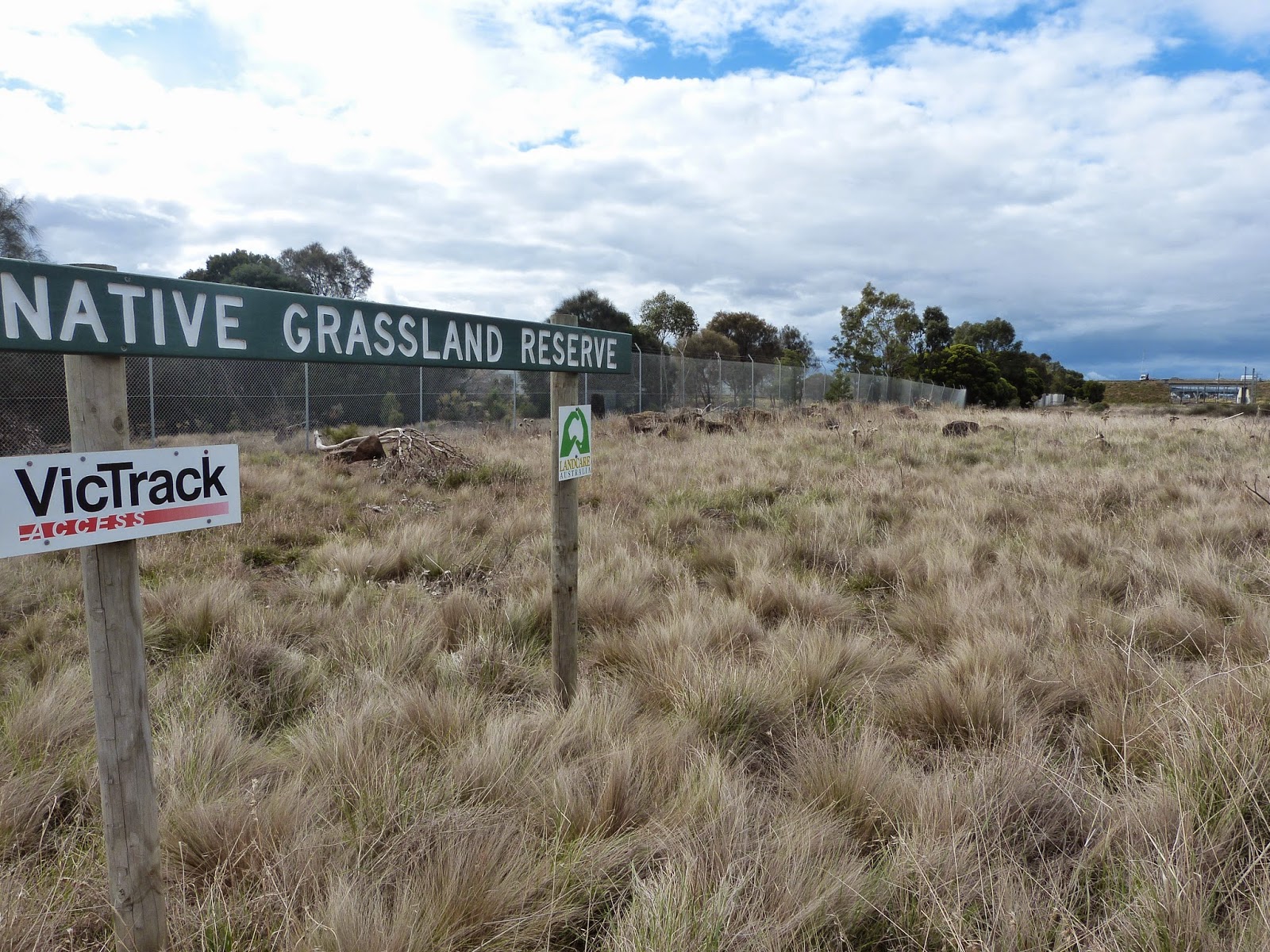 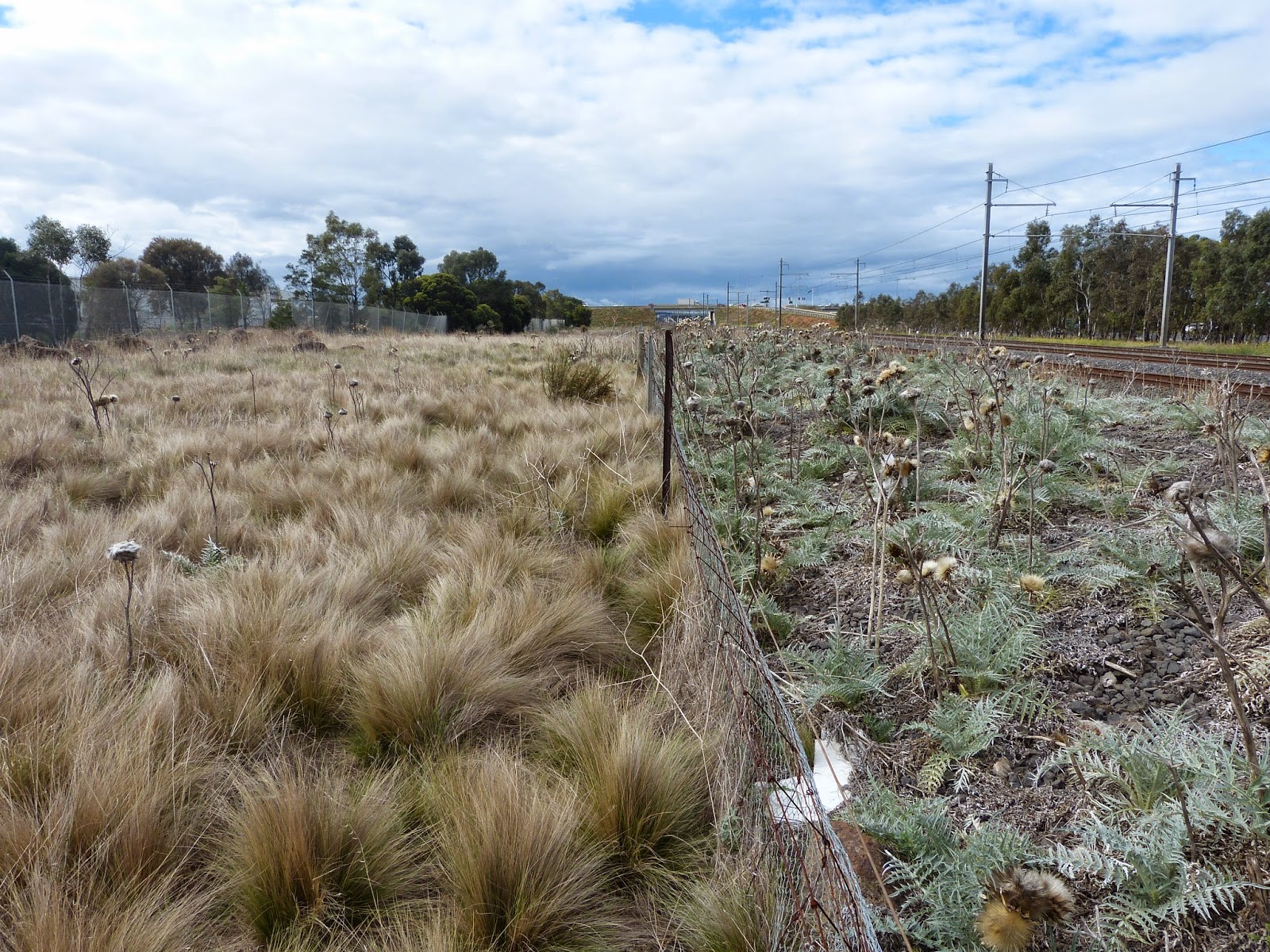 What has graffiti got to do with grasslands? Both are outdoors and both occur in the environment. The surrounding environment whether it is built or natural has direct link to the culture of the local graffiti. The Werribee train line is defined by its long distant views of wide open fields. This gives you, a feeling of empty space. Graffiti artists have come along and filled that space, in this case, many industry walls facing the train line. Line-of sight is a major factor in determining where's the best place for graffiti. Directly visible walls from the train are the most valuable and often seized first by the veteran artists 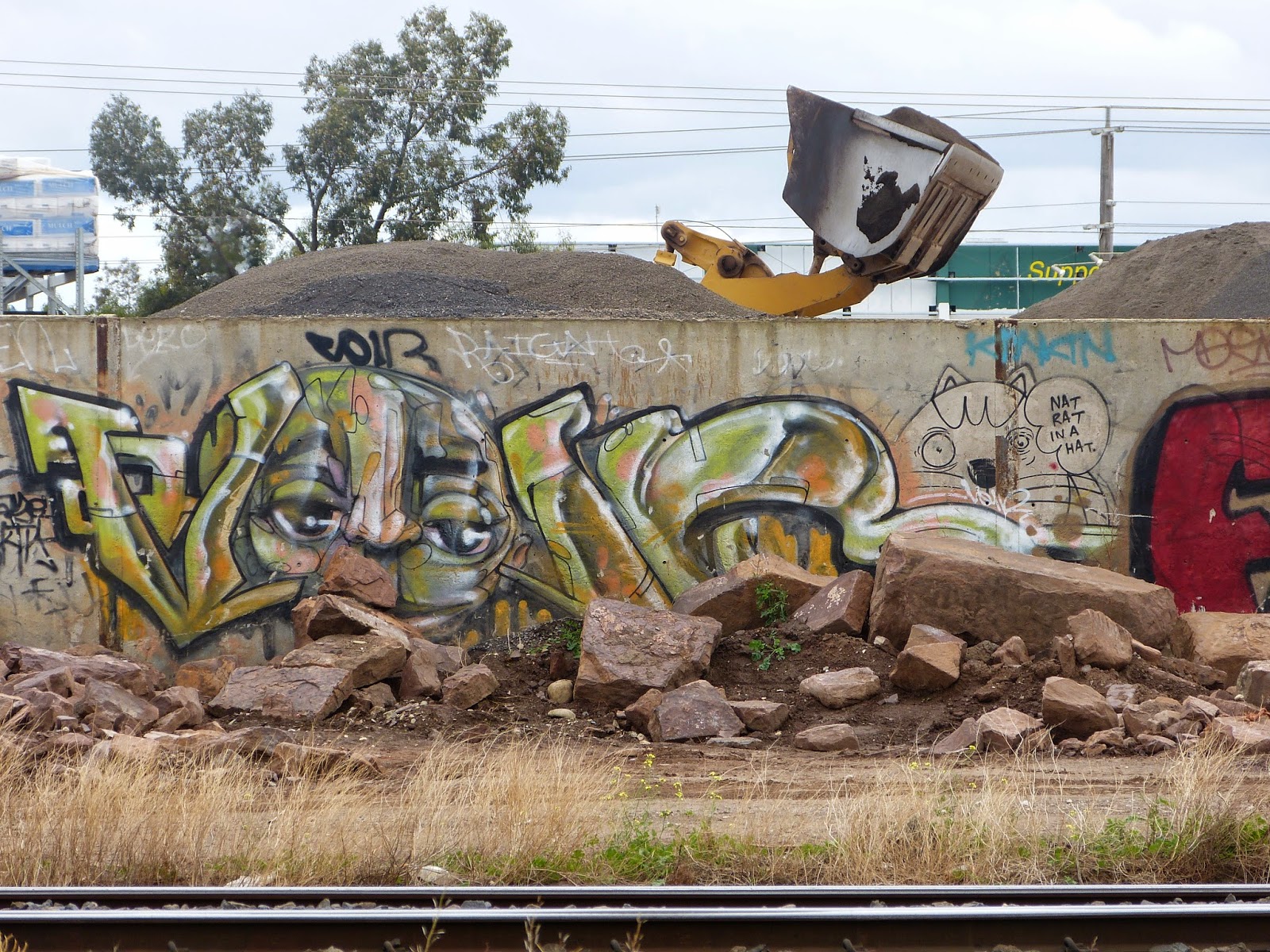 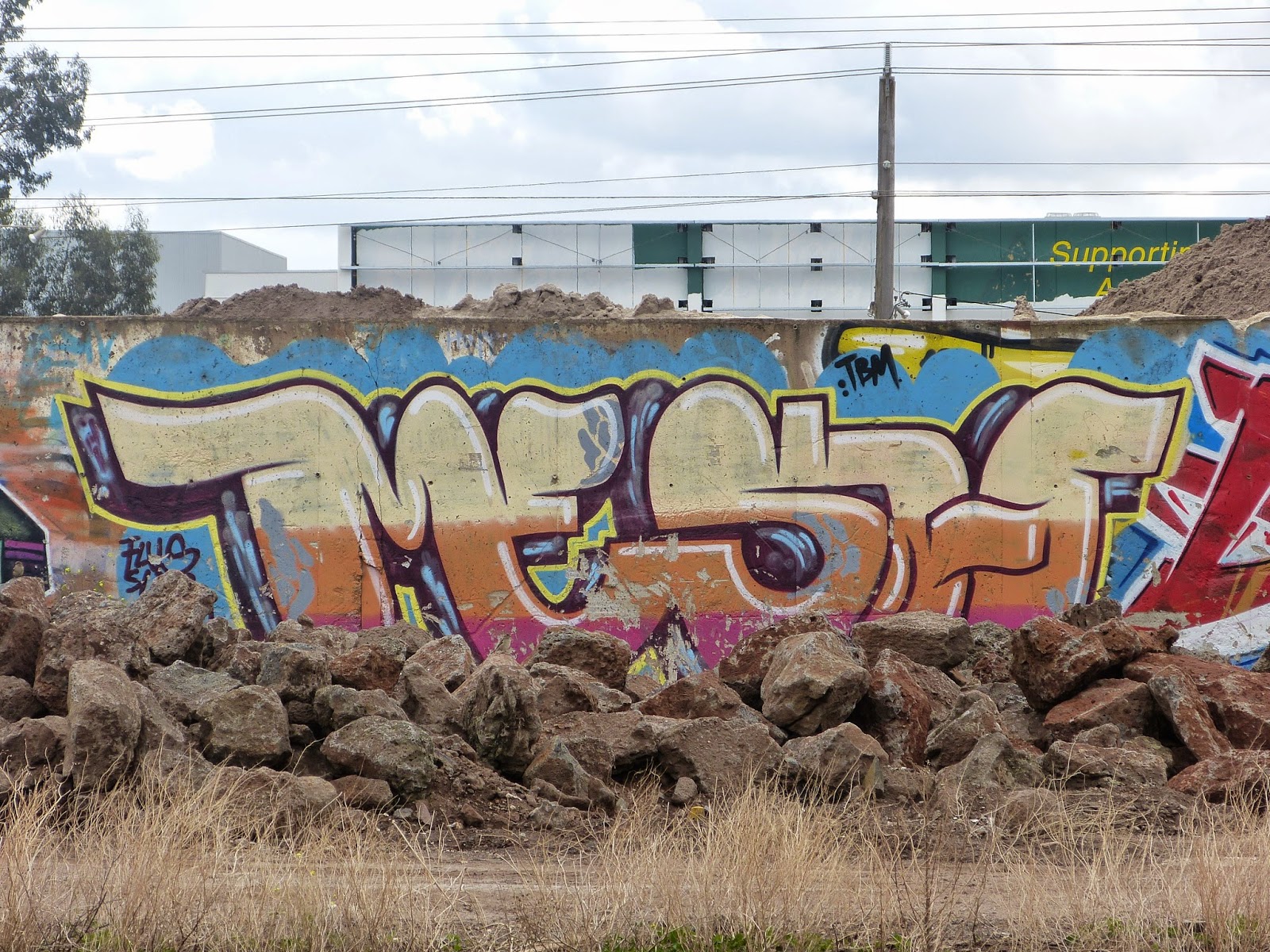 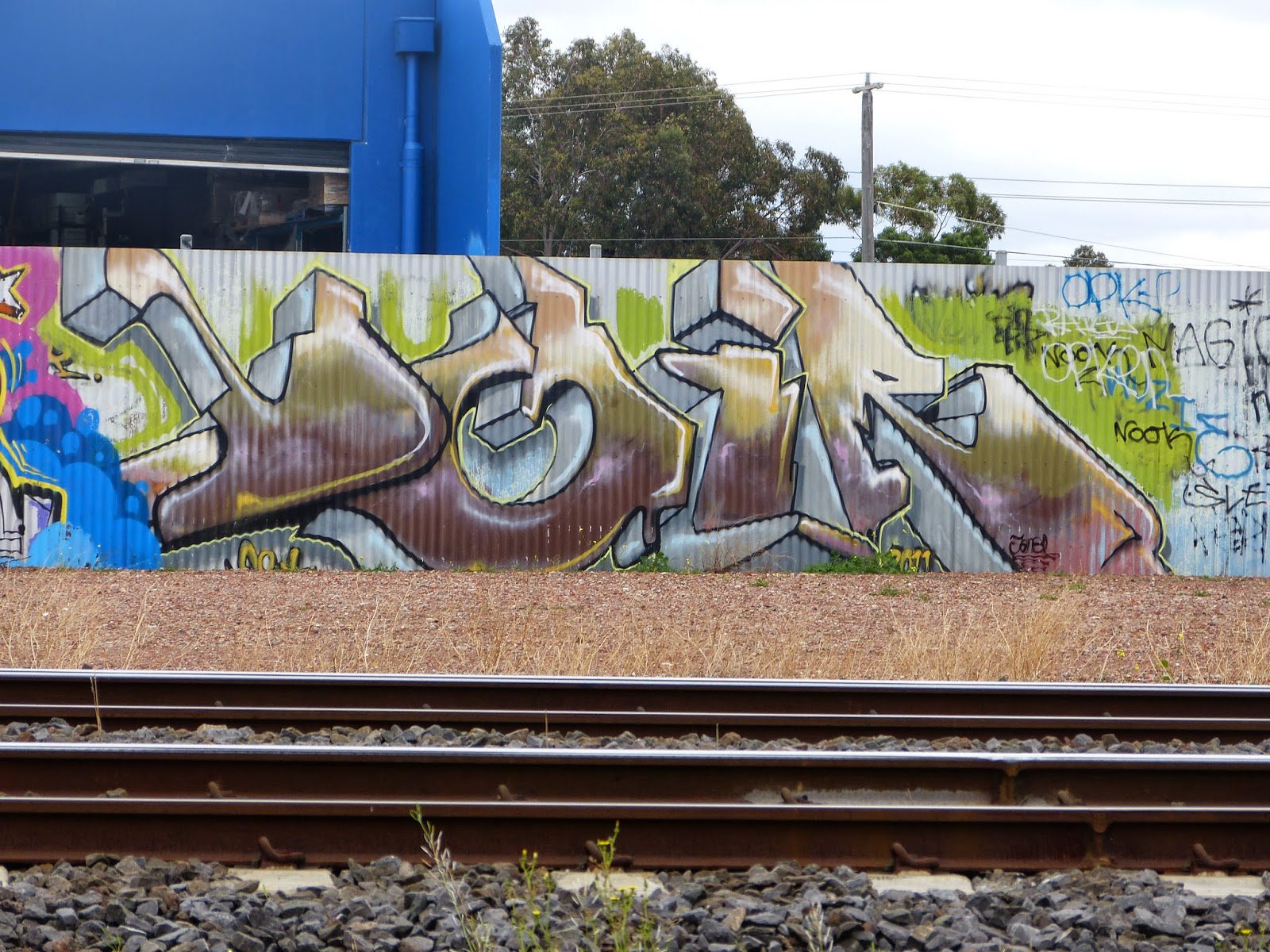 Posted by Australia Graffiti at 17:53