North of Launceston CBD lies the suburb of Invermay. The town is largely built on a former swampland associated with the Tamar and North Esk Rivers. The low-lying landscape makes it prone to flooding. Markers on electricity poles illustrate past flood peaks (including the devastating 1929 flood). The Launceston City Council and Launceston Flood Authority have invested a significant amount of money to reduce the future impact of floods. In May 2015 Launceston councilors voted to demolish the former Tasmanian Woolgrowers agency store as part of the compulsory acquisition associated with the construction of the flood walls.

This big building has been empty for a long time. There's plenty graffiti art accumulated on the walls. Its going to be sad to see another site lost to the "progress" of development. Local bmx kids have claimed the smooth wooden floors by sweeping tracks and making some sick DYI jumps. 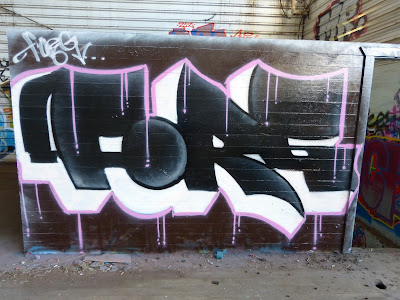 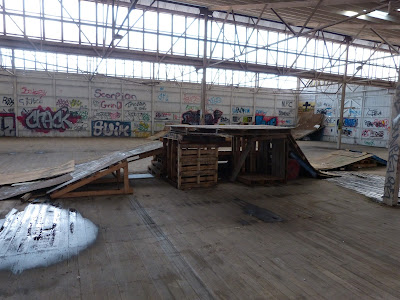 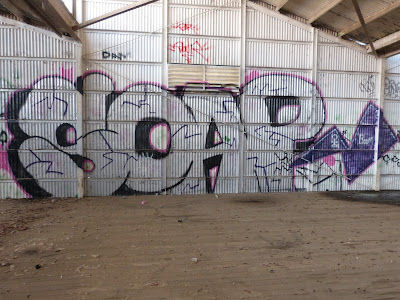 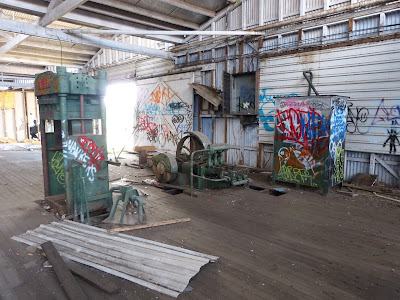 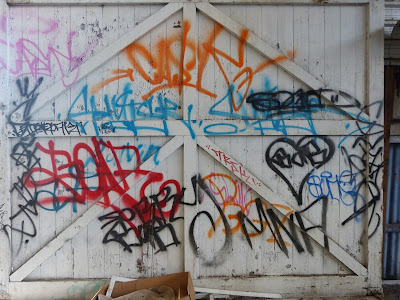 Posted by Australia Graffiti at 18:04