Toys are often graffiti artists who have just started graffiti and are trying to establish an identity and develop a style. Their lack of skill is often criticized by established artists. They also don't fully understand the culture and the untaught rules like respecting elders and the notion "don't cap what you can't burn". 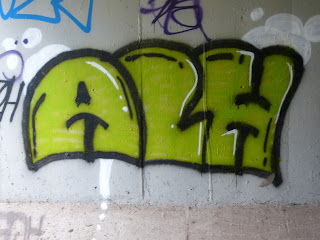 A classic toy mistake is getting the proportion of a piece wrong. Start the lettering large and shrinking or enlarge the letters as the piece goes on. 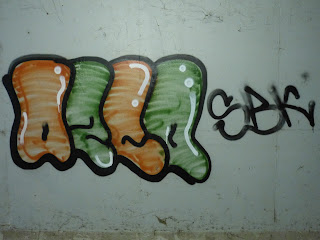 This is an average graffiti piece. Maybe acceptable in a regional town but not in the dog eat dog world of Melbourne. It lacks total imagination each letter has the same shape. 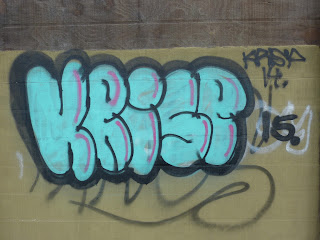 This piece displays a bold attempt to create a aesthetic piece. There is most of the core elements of a piece (fill, highlights, outlines). However it has poorly executed can control and spatial awareness. As many people learn in kindergarten colour in between the lines not over them....

Posted by Australia Graffiti at 22:05