In a male dominated movement female street artists and even more so female graffiti writers often don't get the attention they deserve. Graffiti is for graffiti writers, and street art is for the people. Street art work often has a specific meaning, whereas graffiti is something everybody does but most people grow out of. Give a kid a pen and they go write on their bedroom walls, tables, toilets, pencil cases and work books. I think more often then not females want to make the world more beautiful through art and males want to see destructive creativity (cars crashing, violence of a sort in video games, contact sport etc.). So maybe boys and men are more hard-wired to bomb graffiti. 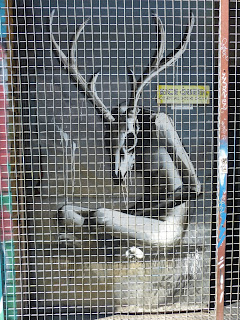 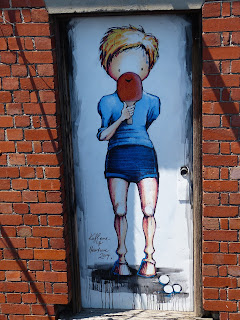 Kaff-iene often does a anthropomorphic characters, which perhaps is saying we are all animals and the animalistic instinct still remains a part of humans. 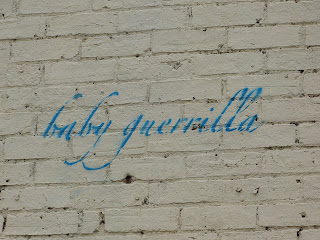 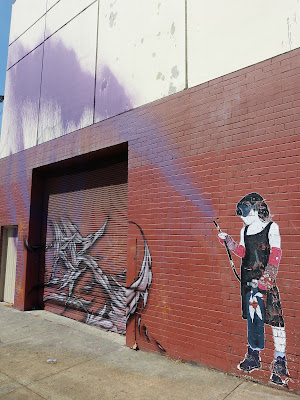 The notion that innocent kid would just take to walls and completely fuck this society's perception of normality. 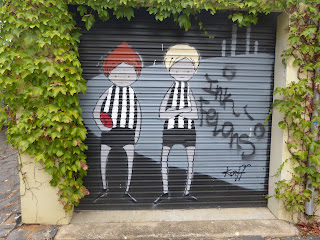 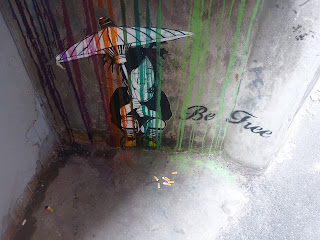 Seeking personal space and comfort, in a homogeneous society

Posted by Australia Graffiti at 20:32