I returned from Adelaide recently. The graffiti scene is totally different to familiar Melbourne. For starters Melbourne's population is an estimated 5.2 million people and Adelaide's 1.3 million. Adelaide is about a quarter of Melbourne's population (source http://australiapopulation2016.com/). More often than not there is a distinct correlation between population size and diversity and quality of graffiti. There's many other factors including town planning, city layout, heritage buildings, culture, demography, perception and more.

I only had about 24 hours to absorb the graffiti culture. So I got up at 5am to begin. When in a new city the first place to go to look for graffiti is the train lines. There was a general absence of graffiti along the Outer Circle train line mainly because of the lack of track-side walls. Its common for the lines to back onto residential roads (no walls). Where residential fences meet the railway line they are mostly corrugated iron. Its rare to see highly prized surfaces such as brick or concrete walls.

Trains in Adelaide are different. The one that I rode on was only 2 carriages. During the journey your're reminded that "South Australian police officers regularly travel on board public transport services" and to "please mind the gap." 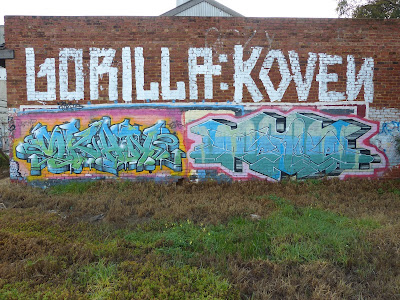 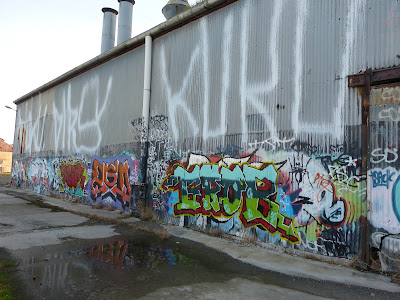 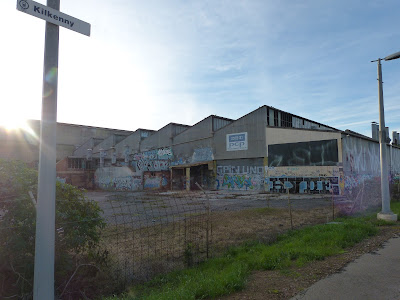 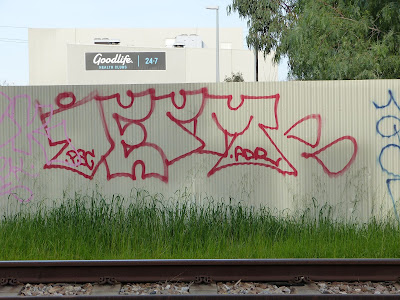 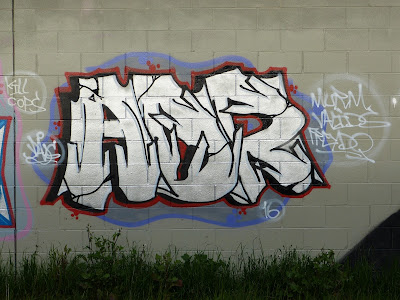 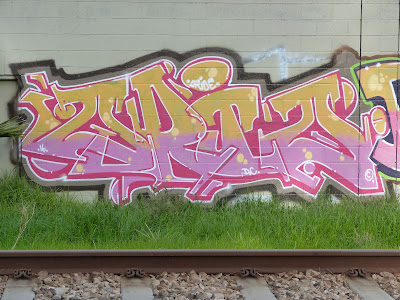 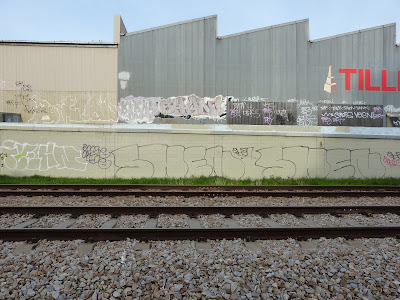 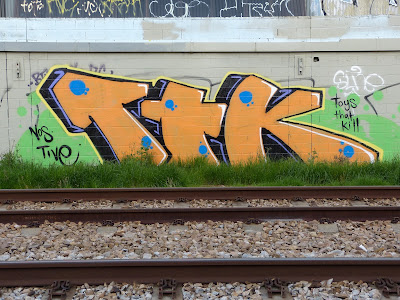 Posted by Australia Graffiti at 19:09