On the 4th of June 1952 a train hit a bus on the level crossing with 20 people injured and 13 killed. This accident potentially sparked action to address the issue of the level crossing. In 1998 the then Liberal Government removed the level crossing and created an underground train station. Boronia went from having no track-side walls to 1/2 a kilometre flat, blank, concrete, canvas. There's a distinctive set of pieces put up in the early 2000's. Progressively these piece have replaced, some remain. 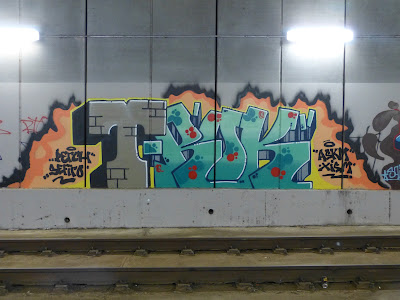 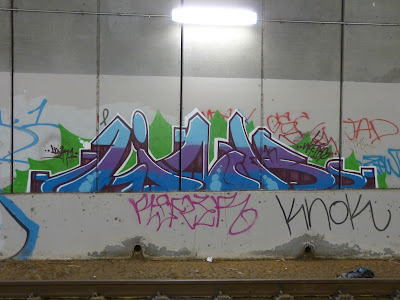 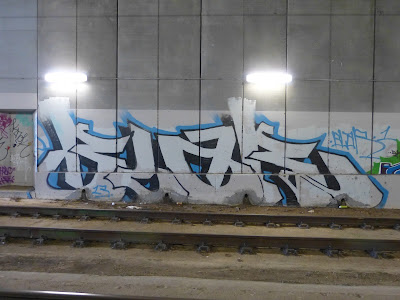 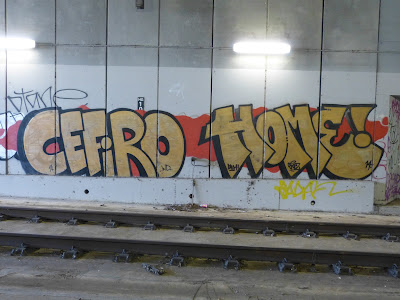 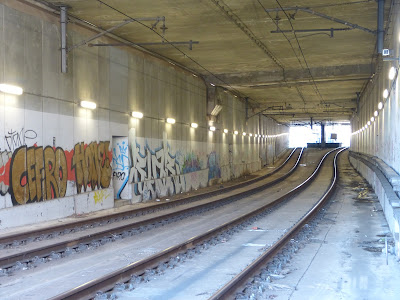 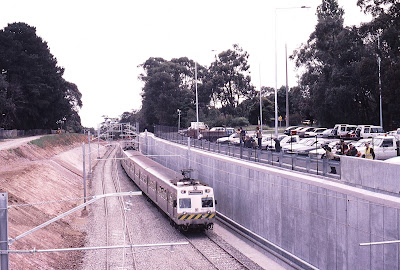 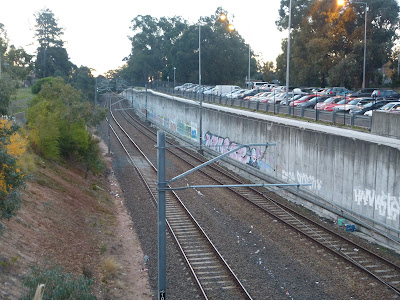 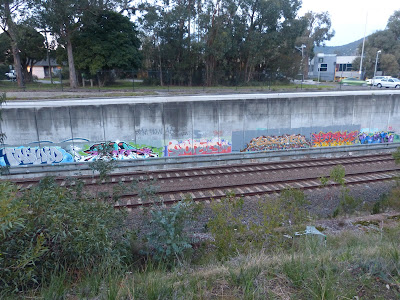 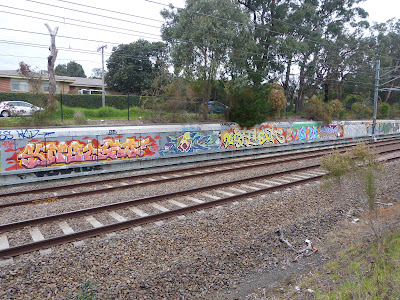 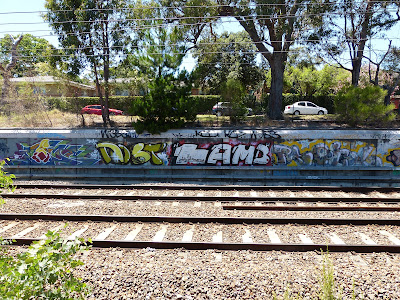 The nost and lamb piece before they were capped. Its not surprising they were capped, when writers travel out of their area its hard for them to maintain their claimed spots, local writers always have the upper hand. 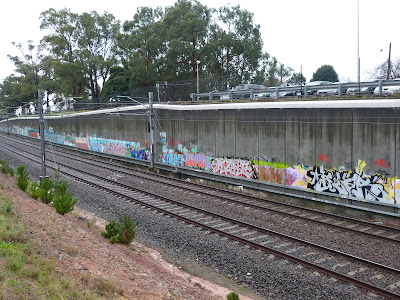 Posted by Australia Graffiti at 11:38