In Red Hill, Brisbane lies an abandoned skating arena. Only a fraction of its former glory the building was deliberately burnt in 2002. The next door business Clovely Estate Cellar Door bought the site 2011 with the intention to re-develop it. Approval from council but later on objections from the public has held up any further development. The site remains a relic of the past built in 1920's. Progressively plants are establishing through accumulation of debris. The roof has all but completely burnt and the steel beams and slowly being encapsulated by vines. 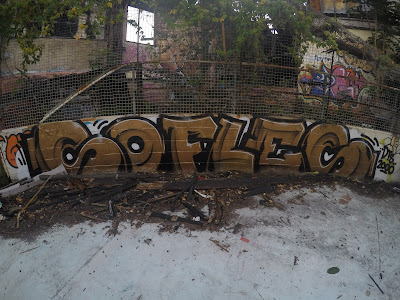 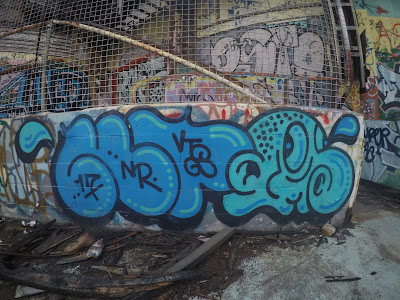 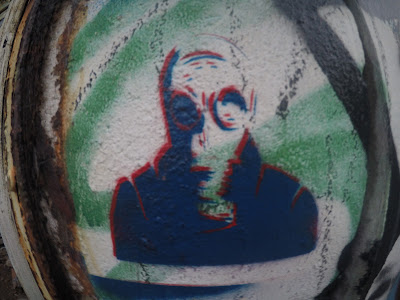 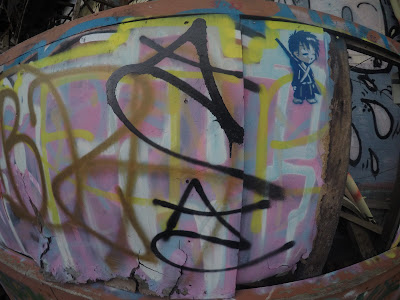 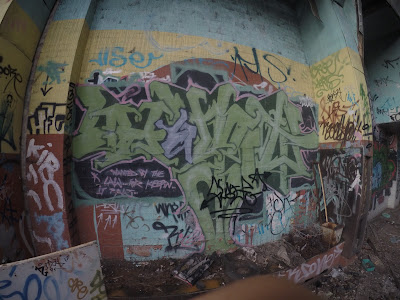 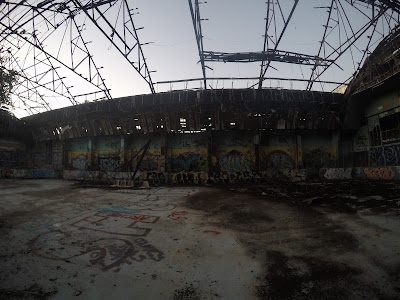 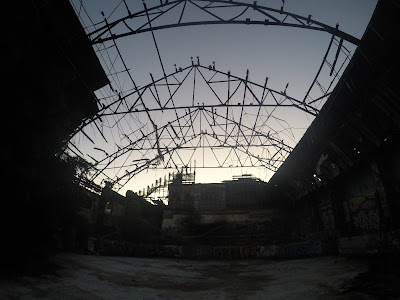 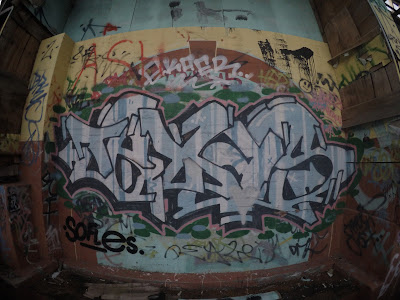 Posted by Australia Graffiti at 10:20